Amazing product?! Yes. Amazing. MTGO takes a game that was designed to be played manually on a table, and takes it to the digital platform.  Magic has a 200 page rule book that only gets longer and more complicated with each set release. That is MTG in general though, and despite this the beta client is still amazing. There are so many massive core feature upgrades over the old client: multiple windows, deck building while drafting, no more failure to submit, and more.  Sure the color scheme might be the most hideous thing I have ever seen, but the program works. And the biggest improvement is that MTGO will tell you when you are disconnected and prompt a restart. No more checking your rating, and then still having to restart (just to be sure), none of it. If the disconnect issue wasn’t the number one complaint of the old client it had to be up there, and now its just gone. So what went wrong?

Magic has put themselves in a class all on their own with customer relations through social media.  They have used twitter and blogs to show how much they care about how much YOU loving the game (yes even you).  Unfortunately, it was a terrible medium to use for getting the communities pulse on the beta. Heather Dawn wrote a post here about the failures of the twitter medium. Heather’s post was the impetus for this article so I recommend checking it out.

So why was twitter so bad? I believe it was because of a phenomenon I have named the twittervalanche. It is said that it is the weight of a single snow flake that starts an avalanche. And while I am sure that a single tweet could start a twittervalanche, dynamite works just fine. And the mandatory beta spotlight was that stick of dynamite. Until then the people using the beta were those who were willing to switch and muscle through it, or people who had just recently downloaded MTGO and the only client they had known was the beta. Most of those people were ripping through queues on the 12th and didn’t even notice the change. But, everyone who was forced to change took to twitter with their first negative experience (because if Magic listens to me about magic design for the next 7 years…). And so the twittervalanche of hate for the beta continued to gain speed and size until @mtgworth was buried in it.

So what would have been better? Heather recommends teaming up with streamers and podcasts, which is hard for a company because they want to have a higher level of control over their image. So don’t team up just do it yourself. Ryan Spain, and Jon Loucks are in R&D and working on MTGO. Marshall Sutcliffe is already on the payroll as a media personality. (Value!) I am not talking an episode of Limited Resources I am talking 3 guys an MTGO Beta client and a microphone.

So nobody thought of the podcast, or you couldn’t get the three people I mentioned free to do it. What about streaming? Worth was already locked down doing twitter all day. If instead Worth was on the offical Magic channel battling Momir basic all day against Jon, (I am assuming he is the most expendable person working on MTGO) and then when someone asks “How do I join a limited queue?” stop right then and show them. No need to go out of house and everyone knows what they can and can’t say.

I don’t expect them to have thought of all of these things, and it is easy to use what you know. But Magic has set the bar high for itself in customer satisfaction, which lead to…

#2 Unreal Expectations from the Users

I alluded to this earlier in the intro that I know you all skipped:

MTGO can never be as sleek or as user friendly as something that was built from the ground up as a digital product.

It is not League of Legends where you just click “Play” and have 2 options, or World of Warcraft where you just log into your character and are guided by glowing exclamation marks. MTGO is orders of magnitude more complex than those games and has the restriction of being a product not originally intended for digital play.

Why is MTGO so complex? The key to seeing this is to remember that Magic itself is not one game. It isn’t just limited and constructed, or even formats. It is all the formats with another layer of prize structures, price, and level of competitiveness thrown on top. The person who logs onto MTGO to run only 8-4s of the most recent limited format, and the guy who is only playing Momir Basic and Pauper are using the same client. Why is this an issue? Imagine there was a program where you could play with one set of options and a single interface the following games:

Your first thought after “SWEET” is “can’t be done” or “that sounds like a mess.” Well, that is not too far from what MTGO is trying to do.

So you have readjusted your expectations and then you fire up the MTGO Beta client and you still can’t figure out what is going on, because you just installed 3 MOBAs, an MMO, and a game from 13 years ago. That is because…

If you think for a while about #2 you will start to realize that MTGO isn’t a video game at all. The Just for Fun is the largest kitchen table in the world. The limited queues are just people passing booster packs across the world. But if MTGO isn’t a video game then why does it have an interface where it is at its most accessible to the Gamer audience? I believe the answer lies in a type of person who didn’t exist until gaming went main stream, the Phantasmal Gamer. The Phantasmal Gamer loves Magic and playing video games, but they are not a hard core computer gamer. They have probably not played any of the games listed in #2, except maybe LoL or WoW. And even if they did I doubt they think about their life by what games they were playing at the time. These people are the ones who play a little Xbox, and use their computer to surf the web and watch Netflix. And I, just like I think MTGO designers did, fell for their illusion and thought that they were more Gamer than they were.

My experience with this came when I tried to set up a voice chat for the Limited Resources clan. (The largest clan on MTGO)  We started off with Marshall personally asking people to try it out, and when they got on, we had a good time and then saw none of them again. And even with Marshall pushing it as an additional way to hang out while enjoying his stream. No one. These are people who listen to a podcast about Magic every week and are in a clan on MTGO, and out of those people none of them were Gamer enough to log onto a voice chat while playing a game. If I had tried that with an MMO guild or a MOBA clan, they would have been like “Bro, your telling this to us over voice chat.”

So maybe it is just that the LR clan doesn’t attract those people lets look at the pros the smartest people at the game. They should have no problem figuring out a new game interface, because these guys literally get their money from gaming all the time.

So how do I save a deck on the beta client? I’ve been staring at it and cannot figure it out.

People actually expect things to work WORSE than they actually do. If you don’t know the MTGO Beta auto saves your decks thats why it asks you to name it first.

What this made me realize is that the MTGO Beta really needed this guy: 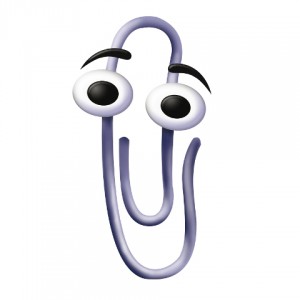 If the MTGO Beta client had one of those annoying pop up interface/help things that make me want to strangle puppies for assuming that I can’t figure it out on my own that “Play” is where I go to play. Then I think the focus would have been on more important things, like how staring at kind of black text on a kind of white background for hours is likely to induce murderous rage (I know you can change it, they are all miserable). Those of us who don’t want a Goblin telling us how to do stuff (can’t trust em when they run at the first sign of trouble), can just turn it off like we always do.