Zombies are in fashion right now. The gaming industry, who can probably say “Well, we’ve had zombies around a lot longer than you guys…” is also in the clutches of the undead’s grip. We’ve seen it in all of our favorite games, the Innistrad block in Magic, the Left 4 Dead series and DLC’s of a slew of video games, and of course the unending amount of zombie movies Hollywood keeps pumping out. Let’s take a look at one of the best zombie board around, Flying Frog’s Last Night on Earth. 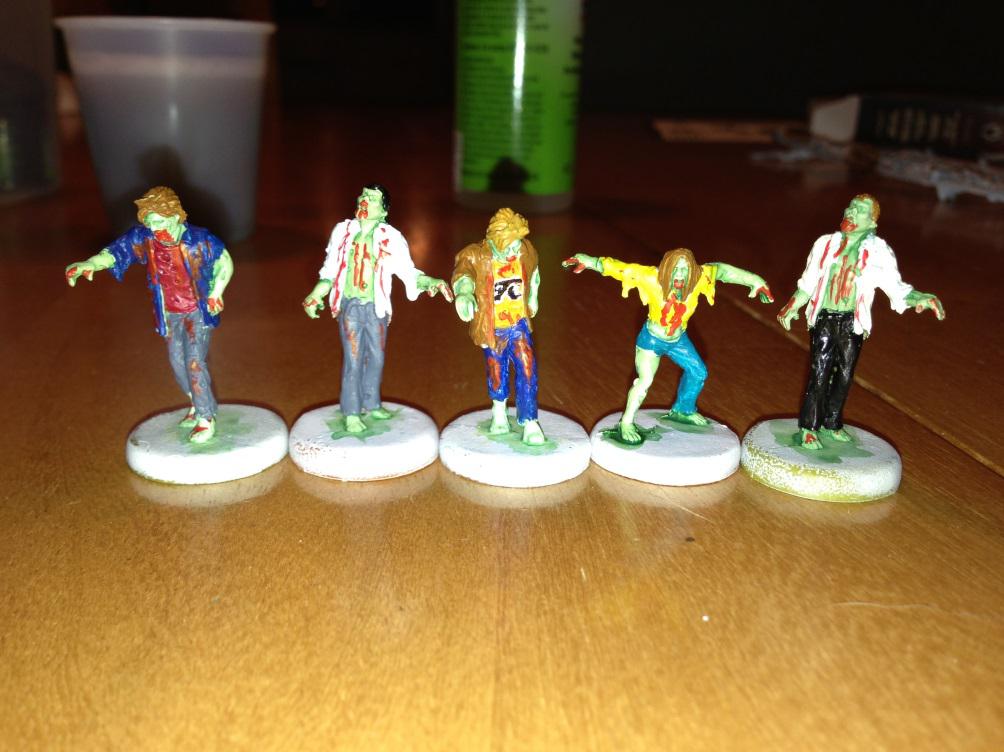 (Zombie figures, I painted them using GW, and Revolution paints).

The human turn can be taken in any order by the players, but the player must complete every phase of their turn before another player can go. The humans have options like moving, searching, shooting and fighting zombies. All of your favorite stereotypical zombie movie favorites are out there too, like the chainsaw, meat cleaver, shotgun and flashlight. 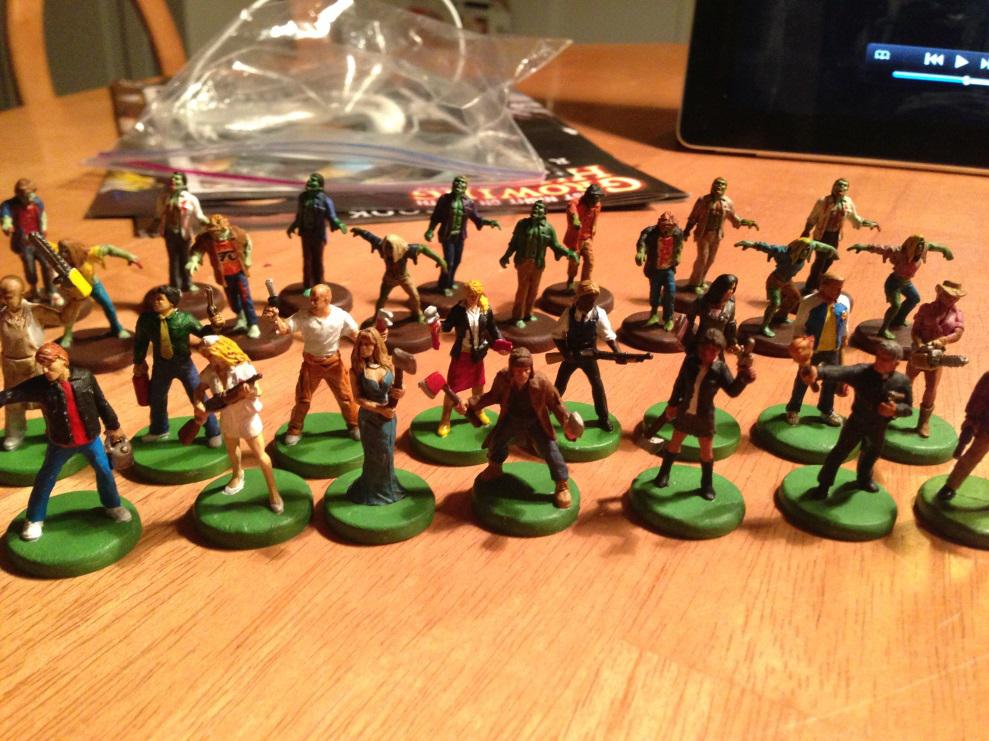 (Heroes all painted with the Zombies in the background, I think I was watching Archer on the iPad for those of you wondering).

But what about theme; you brought that up earlier and completely ditched it like a poorly written script (see: Prometheus)? Well let me explain…

The game itself has an entire backstory involving the playable characters. There are 16 playable characters (with expansions) including all of the zombie movie stereotypes you want like Sheriff Anderson, Johnny the High School Quarterback, Jake Cartwright the Drifter and Amanda the Prom Queen. Each character has their own special abilities and can bring a whole different play style to the table. For example, the other night a friend who was playing as Johnny the High School Quarterback got their hands on a chainsaw and because of their special rules literally just whirlwinded through hordes of zombies in one turn. The zombie player was mad- really mad.

The rules for the zombie player add a terrifying sense of foreboding to the game. The zombies can only move one space a turn (unless the zombie player plays special card which can change that!). The zombies must move into spaces with humans in them because they hunger for brains, and they can crash through windows and walls.

One of the best parts of the game is the different scenarios that you can choose to play- each with their own win condition. In the basic game you can just try and kill X amount of zombies before the turn timer runs out. In another scenario you need to find gas and keys and get out of dodge before the zombies eat three of the players. In another scenario you have to defend a manner house which is the center of the board. Saving townsfolk in another, finding an evil necromancer in another; Flying Frog even has PDFs (for free) you can download to supplement the game.

The game board itself is always different. There is one large central board and then (depending on how many expansions you’ve bought) up to 7 other pieces which wrap around the central piece. Each outside piece has areas like the school, police station, diner, hospital, or corn field. 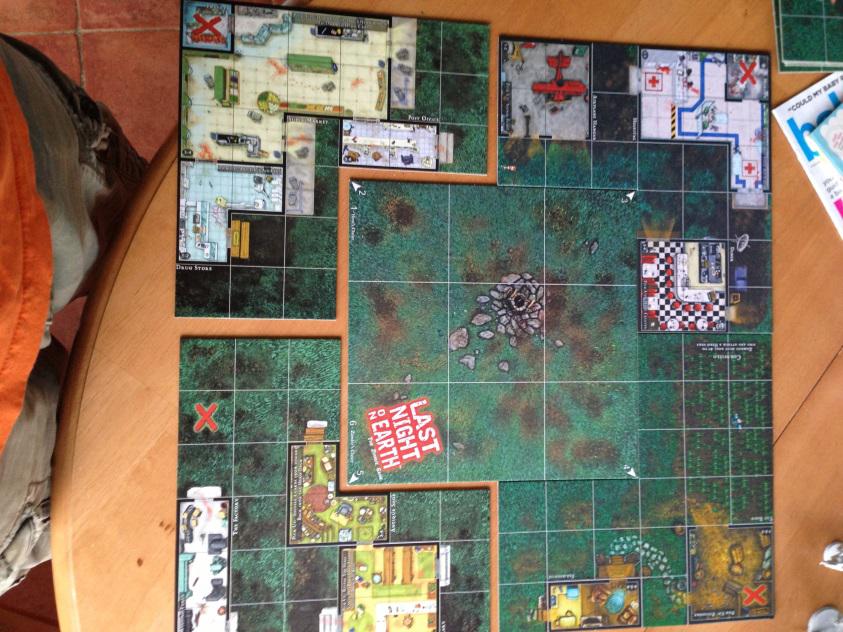 (The board with four of the seven possible corners)

Oh, did I mention it comes with a completely original soundtrack you can play during your games? Yup, that’s right- a game with its own soundtrack.

With four expansions released, a standalone expansion and another expansion coming in September, Last Night on Earth will provide hours of undead entertainment for you and your friends. Want to feel like you’re in a zombie movie? Look no further than The End Games to get your brains fix!

Charlottesville's premier source for gaming and hobby needs.
View all posts by T.E.G. →
This entry was posted in Board Games, Site News and tagged Board Game, Last Night on Earth, Left for Dead, Noal, Review, Zombies. Bookmark the permalink.