Today, I want to talk about something that is often over looked in our assessments of board games, the artistic direction of games. I know there are games out there that have been made or broken on the art direction of games. However there are many more games that have been elevated by brilliant art. In the world of food they say you eat with your eyes first, well by that logic you play with your eyes first in the world of board games. 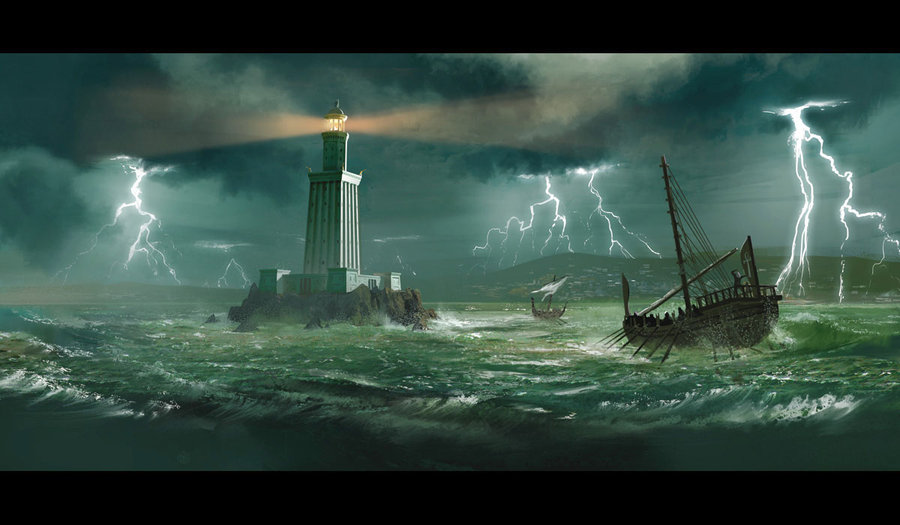 The Lighthouse of Alexandria from 7 Wonders

Prime example is the recently released game: Scythe. Scythe is a game set in an alternate timeline in which giant mechs were used to fight the First World War. These mechs were made by the mysterious Factory, which has recently closed. Each player takes control of a different nation, with different abilities and mechs, who are vying to seize as much territory as they can in the post war era. This can be accomplished by moving citizens, managing workers, using your hero to explore areas, and yes, even combat. But what really sold me on this game, beyond the mechanics and the story, was the art. Take a look.

These arts, which appear in game, adhere to the styles of paintings in the 1920’s post war era so well that I can imagine going to an art exhibit in a museum to see them on display as though they were historical artifacts. I especially love how the artist always weave the mechs into normal, slice of life scenes, as though they were there completely by accident as the artist was trying to capture some peasants at work and just painted them as just part of the background. 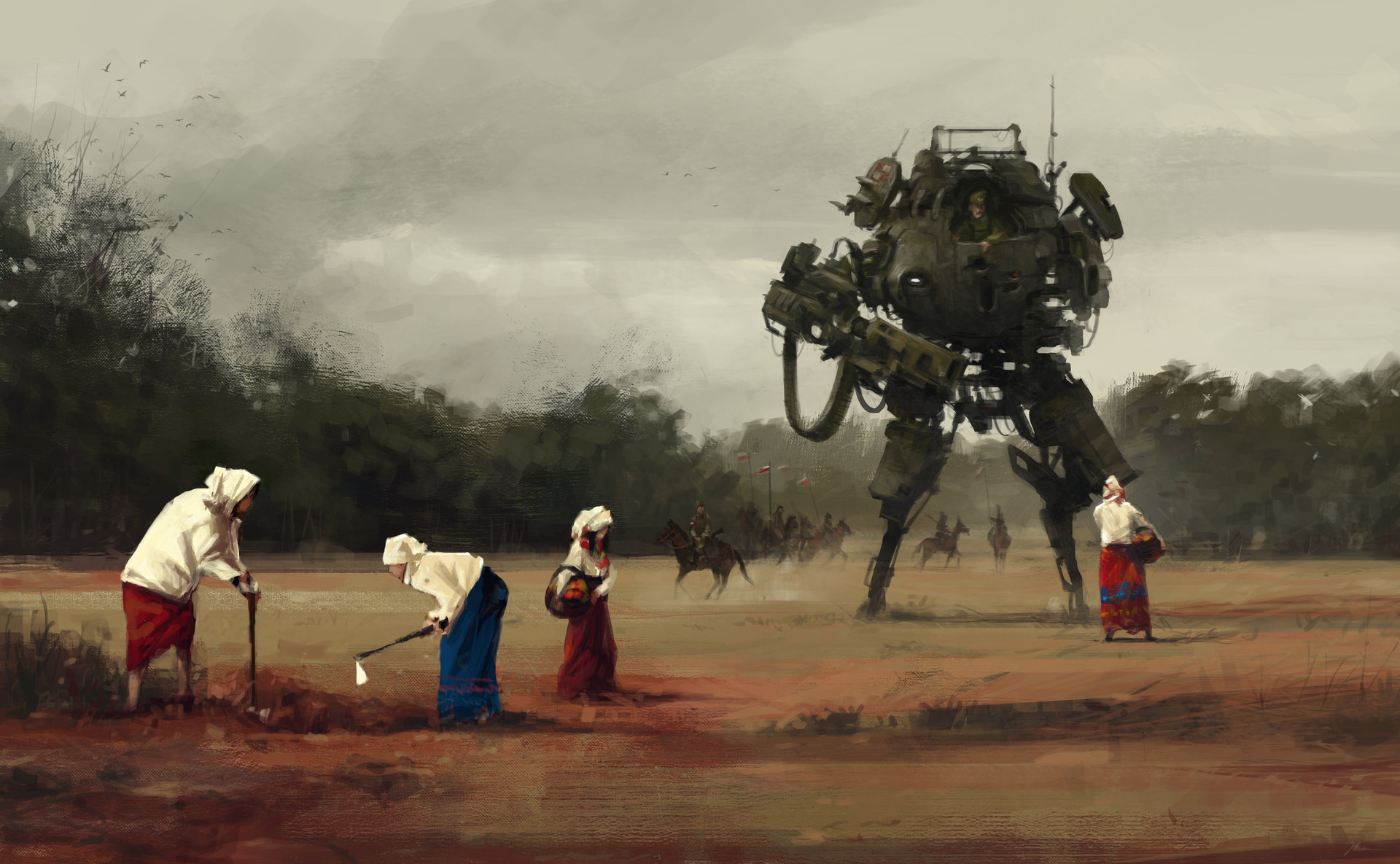 Another brilliant use of art in a board game is Firefly the Board Game.  I’ll save my speech about how much I love this game for a future post and restrain myself to talking about just the art for the game. At the opposite end of the spectrum from Scythe and their original art works that enhance the game by lending it an air of realism, Firefly comes from the exact opposite approach of using real images from the show as art for the cards. 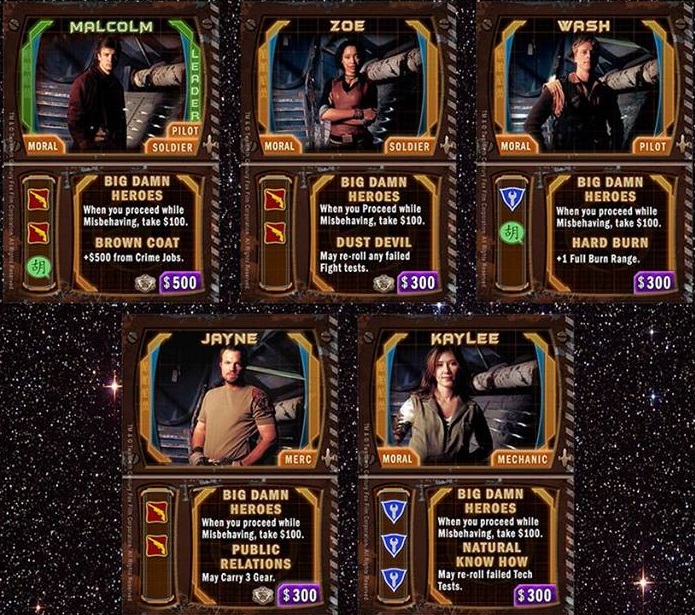 Here is an example of how some of the main characters from the show appear as cards. Now is this approach novel? Not really, its just using a license properly. But its respectful towards the property and it is a tasteful way to acknowledge “Yes this is a TV show of a board game, but its also a board game.” We have a mental bias with regards to how certain things are suppose to look due to the proliferation of mass media. I personally prefer a board game that recognizes this concept with a deft touch like Firefly, than ones that try to convince me its not the same thing, such as how the new Conan the Barbarian game is strictly ignoring the movies as inspiration.

So I’ll open the floor up now. Which games do you like the art in? Which games miss the mark and have poor artwork? Any games you’ve picked up just for the art? Sound off in the comments!

This entry was posted in Articles, Board Games and tagged Art, Board Games, Firefly, Scythe. Bookmark the permalink.