Hello again Modern fans. For the second article in our series exploring inexpensive options to get into the Modern Format we are going to look at an intro level U/R Delver list. Delver decks, much like our infect deck from last week have been popular in every format in which they’ve been legal. During the treasure cruise era Delver of Secrets based decks were one of the dominant forces in the format. Lets have a look at what could be considered a bit of a throwback deck and see what we can do. 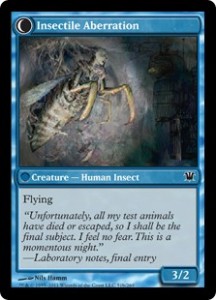 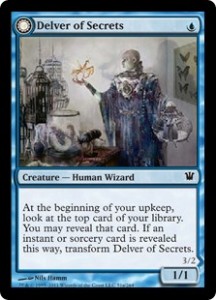 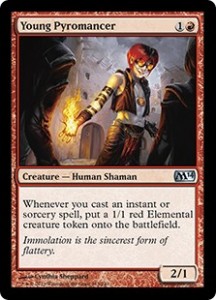 U/R Delver is an aggro/tempo deck that is looking to resolve an early threat and then keep anything truly dangerous off the board until we can get in for 20 points of damage. Unlike most Blue based decks we are fine sitting on 3-4 lands for an entire game. Our curve tops out at 3, so we don’t need much mana for every card in our deck to be live and helping to slow down our opponent.

Delver of Secrets – This card is widely considered to be the best blue 1-drop to ever be printed. It’s basically a blue Wild Nacatl, and with half of our deck co 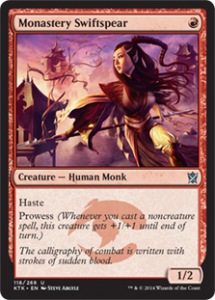 nsisting of instants/sorceries you’ve got a 50/50 chance of blind flipping your Delver of Secrets.

Young Pyromancer – Nothing swarms like good ole’ Young Peezy. With the number of spells in this deck, and almost half of them cantrips, this card can take over a game
very quickly.

Tempo Suite – As I mentioned before we’re looking to control the tempo of the game. If we can spend 1 or 2 mana to handle our opponents 3 or 4 mana spell then we are coming out ahead on tempo and that usually means that we are ahead in the race. A combination of mana efficient soft counters and removal which can all double as burn provides us with a versatile suite of answers to get and maintain and advantage.  It is important to remember that this is not a control deck.  If you end up trying to play a control game against a real control deck, you will likely end up on the losing end. 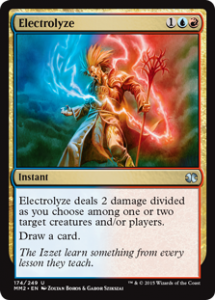 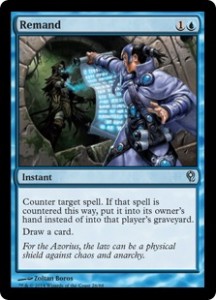 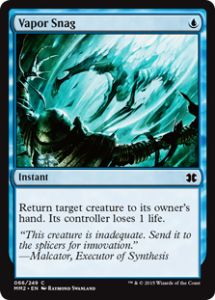 Now that we’ve had a brief introduction, we’ll take it for a spin on MTGO:

This deck was a ton of fun to play, which may come as a surprise to folks that know me and my general distaste for all things Blue in Magic. In every game in testing, and every game that I recorded, I always felt like I was in the game and most of the time felt like I was in complete control. The budget mana base was a bit of an issue, but it probably helped us a lot in the burn matchup; especially because yours truly is a bad deck-builder and forgot to add Dragon’s Claw to the sideboard in a very burn-heavy meta.

Where do we go from here?: The U/R Delver deck has a number of directions it could go from our meager starting point. You could opt for U/R Twin, one of

the many U/R/x control lists (Grixis Delver being especially spicy because most of the additional cards are currently in Standard), or take the lands, which are almost a third of the cost of our current list, and start building towards U/R Storm. The most immediate upgrade to this deck would come from a playset of Snapcaster Mage. Snapcaster pushes our deck to the next level. Aside from Snapcaster Mage the biggest impact would probably come from 1 or 2 Grim Lavamancer in the main, or sideboard options like Threads of Disloyalty, Sower of Temptation, Blood Moon, and Hurkyl’s Recall.

Final Note: I’ve already mentioned this once before, but I want to restate how much fun this was for me to play.  My favorite thing about this deck as a budget option is that all of the “money” cards slot into many other decks, so everything you’re buying can be used for years in multiple decks. This deck as-is will run you in the neighborhood of 120-150 dollars, which is not bad at all for a decent Modern deck.

If you have suggestions or ideas for a deck you’d like to see featured, feel free to let me know in the comments below or by emailing to nuckster00@gmail.com

This entry was posted in Decklists, Magic The Gathering and tagged Billy, Decklist, Delver, Miser, Modern, MTG. Bookmark the permalink.