Meet the Staff of The End Games

The End Games has been growing for over 8 years now!  We owe this to our great community of gamers, our town of Charlottesville, and our amazing staff.  We want you to meet the employees, the ones that make everyday a party at the shop and keep all the customers happy!  They each have great stories, crazy interests, and deserve the spotlight.  We hope to bring their skills, their love for games, and personalities to the world.  Look for them on our YouTube channel. 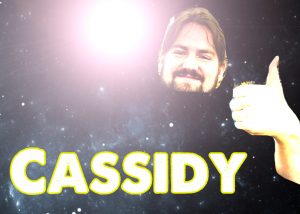 “Hello everyone, Cassidy here (Cass for short) with a bit about my history with my specialty; I’m The End Games’ local oracle for all things Magic: The Gathering. I’ve been playing casually and competitively locally since the summer of 2013, along with building my knowledge-base of the game’s lore and mechanics. I currently play both Modern and Commander (multiplayer and 1v1), and do my best to keep up with Standard,  Legacy, and Sealed/Draft. I’ve played a wide range of styles over the years, from tribal to combo, from colorless to five-color, and from gimmicky, outlandish casual constructions to well-tuned, top-tier decks. I pride myself on not only keeping up with the latest MTG story articles, but also any rules changes and up-and-coming releases. I’ve helped countless people, ranging from new players to seasoned veterans, build and tune decks to their liking, along with providing rules advice to help them better their own understanding of the game. I can always help you find just the card you need, be it that last flavorful touch that ties a themed Commander deck together, a big, impactful creature to shock-and-awe your casual playgroup, or that razor-sharp spell to give your deck the edge it needs to take down the next tournament.” 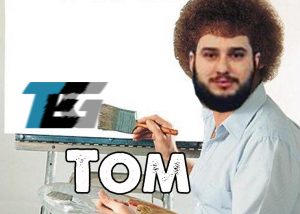 “Hey gang, I’m Tom and I’m your local neighborhood miniature and board games specialist. I’ll give you a little background about myself as an introduction. I’ve been playing games since as long as I can remember. I first came into The End in 1998 when my parents brought me in to buy my first Magic cards. However one thing I remember from that first trip was being entranced by the guys playing with their toy soldiers on amazing tables.

It took a few years to convince my parents that I was old enough for the hobby but once they bought my first army there was no turning back. I’ve played many games over the years but lately I’ve been enjoying the flagship games from Games Workshop along with some of their specialty games. I have a growing collection of Astra Militarum for Warhammer 40k, Seraphon for Age of Sigmar, and a beloved collection of Iron Warriors for Warhammer 30k.

But that’s not all, I greatly enjoy Shadespire, have Orlocks and Escher for Necromunda, Elves and Amazons for Blood Bowl, and am already eyeing several different squads for Kill Team. As you can imagine my workbench is always overflowing with projects and I rarely have time to paint a thing. That being said I always have time to spare to offer my advice to anyone on any step of their journey into the wide world of miniature and even board gaming. I hope you find the content we produce to be helpful and enjoyable and I look forward to continuing to game with you all.” 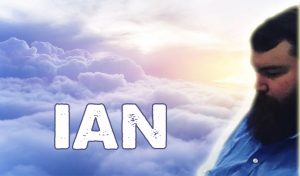 “Hi everyone, my name is Ian Grimshaw, though I’m more commonly referred to as Grimsy. I’ve been playing tabletop RPGs since I was but a wee lad, and I’m here to spread some of my own personal enjoyment of the craft with everyone else. Stylistically, I tend to focus on the mechanics of the game as a tool for storytelling rather than something to spend a lot of time worrying about. This is because as a player, I tend to spend a lot of time worrying about mechanics so that I can more effectively navigate the worlds that other Game Masters create. Systems I’ve run include Genesys, Numenera, and Starfinder, as well as the more commonly run Pathfinder and good old Dungeons and Dragons. D&D is my most familiar system, but I can’t say that I have a favorite among all the choices. I also play Magic, and I dabble in various other nerdy hobbies like Star Wars Legion. I look forward to getting to know you all, or getting to know you better if I already know you. Thanks, good luck, and have fun!” 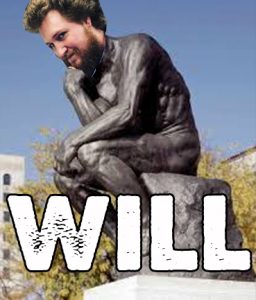 “Oh hey! I didn’t see you there. My name is Will Spinks, and I like play RPG’s and board games. My favorite games as of writing this are Sheriff of Nottingham, Rising Sun, and Hive. My favorite RPG’s are Genesys and Fate, which are both awesome for different reasons. I’ve also MADE an RPG, it’s called In Plain Sight, it’s a card-based game about monsters pretending to be people, now available at TEG!

If you want to learn how to play Dungeons & Dragons, meet people to play board games with, or get assistance making or play-testing a tabletop game of any kind, I can help you. Drop by the shop or hit me up on facebook!

Hmmm… What else? If I was a magic card I would be blue and red. If I was a board game, I’d be Skulls and Roses. My desert island movie would be an empty vhs box of Aladdin 3 with mind-altering substances hidden inside.” 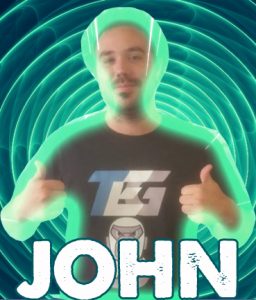 “Hey all! My name’s John-Anthony, but I’d prefer to be called Tyson. I’ve played Yu-Gi-Oh since its existence, and I’ve played Magic since Shards Block, spending the grand majority of that time in competitive events for both. My main decks for a solid 8 years have been Monarchs/GraveKeepers in YGO, and Jund midrange in Magic, but I have played literally every viable tier 1 deck in both. My commander decks change more often than the weather, but I generally enjoy playing some form of Midrange 3-Color Stompy, or an over-zealous combo deck.

I am a black belt in Chuntian Wusu Kung-Fu, have approved German citizenship, and an Associate’s Degree in Audio Production. On my days off I generally enjoy deckbuilding and finding good food to eat!”

Thanks for reading folks and come get to know these great folks!

This entry was posted in Articles, Site News, Store News and tagged about, employees, get to know, staff, store. Bookmark the permalink.