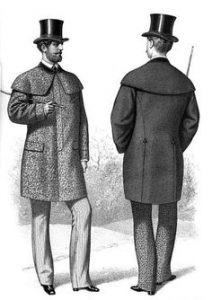 Duel Commander as a format has seen increasing popularity since it’s arrival in our store back in 2014. For those who haven’t played the format before, it blends the power of Commander with the competitive spirit of a one-on-one game (much like Standard or Modern). To date, we have run 7 different leagues for the format, with #7 having an amazing 24 players!

May 30th will begin the newest installment to the league. While we wait patiently for that date to arrive, I thought I would go over a few rules for the league, both as an introduction to any new players that may wish to join in the excitement, and as an announcement of changes to those veteran players of the format.

Before reading further, I highly recommend you visit this website in order to familiarize yourself with the rules and banlist for the format. In particular, the banlist between Commander and Duel Commander is quite different, so you don’t want to be caught with illegal cards in your deck if you decide to play in the league.

Now on to the announcements.

Changes to the Mulligan Rules

Mulligans in Duel Commander have been a bit of an interesting subject around the store for some time. After surveying the majority of veteran players within our league, we’ve decided to go with the Standard Mulligan Rules set by the Duel Commander Committee. So what does this mean for you as a player?

Number of Weeks in the League

While those who do well in the league tend to enjoy the cutthroat atmosphere of the later weeks of play, attendance has seen a rather drastic dip for the previous few leagues beyond the midpoint. Because of this, League #8 will be 6 Weeks of play, rather than the typical “Weeks based on attendance”. We hope that this change will keep things interesting for all players throughout, while creating a more competitive environment from Week 1 rather than Week 5.

Two Weeks to Prepare. Are you Ready?

With these changes in mind, I hope everyone is as excited for the next league as I am. The last few sets have brought about some interesting new Commanders, as well as some new mechanics to brew around. With all this in mind, what will you be bringing to the table? I know it will be a hard choice for me, but one I look very forward to.

If you are interested in joining the league, please stop by the store during our normal business hours between now and May 29th. Entry to the league is $10, and we will need an e-mail address from you that you access on a regular basis in order to talk to your opponents and set up your matches each week.

As always, Good Luck Everyone!

This entry was posted in Articles, Magic The Gathering and tagged Duel Commander, French EDH League. Bookmark the permalink.