Science fiction wouldn’t be very interesting if space was a peaceful place, would it? Thankfully, Star Realms isn’t about bringing peace to the skyways. It’s all about controlling them! 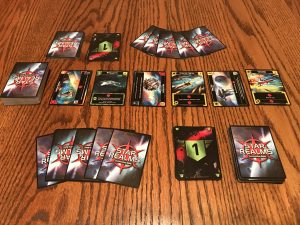 Star Realms is a basic deckbuilding game where players construct their own fleet to dominate the stars. Players begin with fifty Authority, which function as hit points. The first player to reach zero Authority loses.

Cards break down into three basic functions: trade, attack, and healing. Trade allows players to purchase ships from the trade row, a series of cards laid out in the center. Attack allows you to destroy enemy bases or reduce an opponent’s Authority. Healing, as you might have guessed, grants you additional Authority. 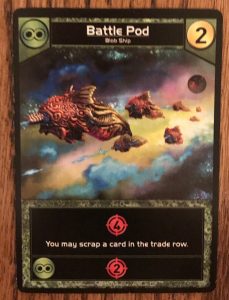 Ships are divided into four different factions: Blob, Trade Federation, Star Empire, and Machine Cult. You can purchase as many ships as you want from any faction, though it is advantageous to focus on one or two since most ships have an ally bonus. If you play additional ships from the same faction, you get additional effects. These bonuses can stack quite nicely and are key to winning the game.

One deck is enough to support two players, but there are rules for up to six players. If you want to add more players, just add additional decks and you’re good to go. 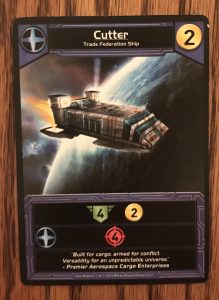 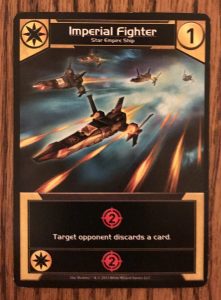 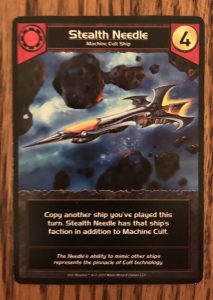 I was introduced to this game in graduate school. A friend brought it to the library and we would bust it out when we needed a study break during final exams. When I’m having a game night with friends, I typically want to reach for something bigger but Star Realms is a go-to option when I only have twenty minutes or so. It’s face-paced, straightforward, and thematically satisfying. If you’re looking for a game you can play quickly, I definitely recommend looking into Star Realms.

(P.S. – With the holidays coming up, this game would make a fantastic Christmas stocking stuffer or Hanukah gift!)