Last week Uncanny X-Men, our first Marvel set of the year, released. It is an interesting set, gathering characters from all eras of X-Men history. This set also represents a new and refreshing approach to the game. Many characters are lower point, allowing larger teams and promoting more teamwork and synergy. This approach plays well!

So with that, I want to offer a few commons, uncommons, and rares that stood out after opening a brick and playing some sealed games. 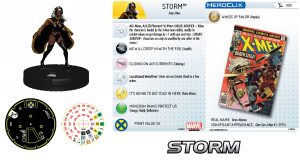 003 Storm – This 50-point Storm is outstanding! She starts with Stealth, Perplex, and a special attack power that lets her use Smoke Cloud as a free action. She is an inexpensive taxi and support piece. Don’t forget that if a character occupies terrain made by Smoke Cloud gets -1 attack if they cannot use Smoke Cloud themselves. 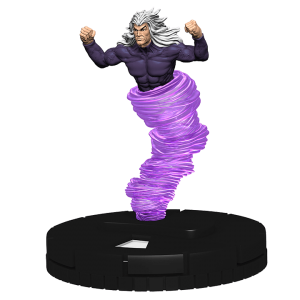 014 Riptide – Riptide is a bit fragile with only 4 clicks, but he is well worth his 45 points. Riptide can use Sidestep and Improved Movement: Ignores Characters. When he uses Sidestep, he can use Pulse Wave as a free action. That’s right. Free action Pulse Wave. With a range of 3, his Pulse Wave area of effect is two squares. This makes it easy to keep control of your Pulse Wave and avoid hitting friendly pieces too. 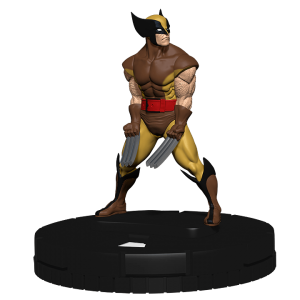 020 Wolverine – When I saw this dial, I didn’t see the value. DOFP013 Wolverine is just so amazing. However, watching my opponent play this Wolverine showed me just how hard he is to put down. It is easy for him to get those Heal tokens. If he has 3 Heal tokens on his card when he is KOed, he comes back on his last click instead. He’s a nightmare to put down! 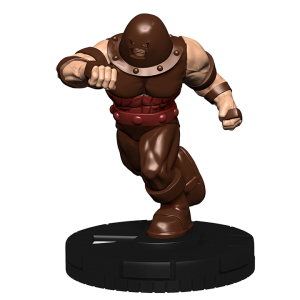 030 Juggernaut – I’ve been waiting for a new Juggernaut for a while. This one comes with a great Helmet trait that feels right out of the 90s comics or cartoon. The figure has a removable helmet that grants him all kinds of powers and defenses. As long as he is wearing it, he does not take damage from close attacks. Instead, close attacks attempt to remove the helmet. He is such a cool piece! 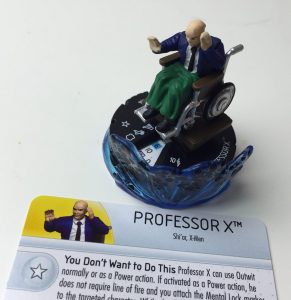 That is just a glimpse of some of the more easily attainable pieces in the set. The set also has some great Super Rares and an Age of Apocalypse themed set of chases. This set is exciting for me. It is full of some innovative and character-accurate dials. I am looking forward to the mutant mayhem that will characterize my games for the next few weeks. How about you?